Let there be physics!

I’ve been obsessed with tiny homes ever since my parents and I binged a TV series about them over the holidays a few years ago. My dream is to own a tiny home and power my lights myself. During the day as part of my exercise routine, I’d hand crank a series of decorative masses to the ceiling, then at night, they would slowly be lowered along the wall, their speed regulated either by gears (like a cuckoo clock) or a synchronous motor (like the rotating plate in a microwave). As they fell, the spinning motion of the gears or motor would cause either a series of magnets to revolve around a conductive wire, or wire to rotate around a magnet, and electricity would be produced. Not enough to power my entire home, but maybe enough to illuminate my way to the bathroom at 1am.

This latter part – relative motion between magnets and current-carrying wire – is how most electricity is produced. The blades of a wind turbine spin, causing a magnet inside the windmill to spin, too. This magnet is surrounded by a stationary coil of wire, and when the magnet spins relative to that wire, we get electricity. At a nuclear power plant, the heat produced by fission boils water, and the steam exerts pressure on pistons which cause similar rotation between magnets and wires. Burning coal and natural gas is also used to boil water, and the rest of the process is the same as nuclear. It is this burning – this combustion reaction – of coal and natural gas that produces carbon dioxide which contributes to climate change. It is this lack of combustion that qualifies wind and nuclear as “clean” energy technologies. They all involve the relative motion between a magnet and a wire, but they accomplish that motion in different ways. 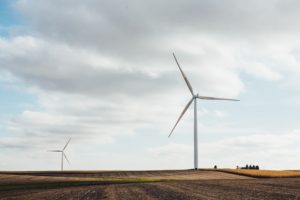 Photovoltaics – the precise term for solar panels that convert sunlight to electricity – works in a fundamentally different way from wind, coal, natural gas, and nuclear. It does not use a wire and a magnet in relative motion. To understand how photovoltaics work, we have to use our imaginations, because the relevant physics occurs at a scale our eyes can’t see.

Imagine a ladder. The higher you climb, the more energy you have. This is true actually. You won’t feel more energetic, but just like the decorative masses in my tiny home will gain the energy to power a light as they are raised, you also technically gain what’s called gravitational potential energy the higher you go. Unless you have really good upper body strength, you can only gain this energy in specific increments. You stand on one rung and have a certain amount of energy, and then you step to the next rung and have that new, higher, amount of energy. The energy corresponding to positions between the rungs are off limits to you. 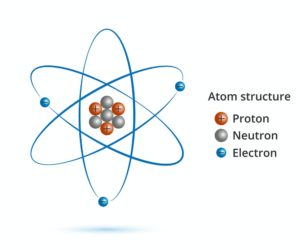 Now imagine you’re an electron (the part of the atom that orbits the nucleus) on the ladder, and you’ve just started imagining quantum mechanics. Insert mad scientist laugh here. Photovoltaics work because of quantum mechanics. Electrons in solar panels go from one rung – we call them “energy bands” – to the next highest when they absorb energy. Because the electron is negative, it carries that negative to the higher energy band and leaves behind a positive hole in the original band.

What’s happened here is that the negative and positive have been separated. (Technically we’ve only separated them in energy, but something called a pn-junction can subsequently separate them in space. No biggie.) If you think about it, there’s something else in our everyday lives that separates positive and negative and provides us with electricity. A battery! The way the separation of positive and negative is produced is different in a battery than in photovoltaics, but the result is the same. Electricity.

So how do we get this separation of positive and negative in photovoltaics? We said the electron has to absorb energy to get to the next rung of the ladder (energy band). So where does the electron get this energy? Let’s stop calling it “photovoltaics” for a moment and go back to “solar panel.” How could an electron in a solar panel get energy to jump to the next rung of the ladder? The sun! The light from the sun provides the energy the electron needs to take its negative to a higher energy band, separating it from the positive hole left behind, and giving us electricity.

It is this physics that Project Drawdown estimates could net the globe anywhere from 7.89 to 13.53 trillion dollars in savings over the lifetimes of the panels, while reducing carbon dioxide emissions by at least 28 gigatons.

It is this physics that the Arizona Sustainability Alliance Renewable Energy Priority has made more accessible to Arizona citizens. We partnered with Solar United Neighbors to create the first SUN solar co-op in Arizona. This partnership will help educate Arizonans on the benefits of solar energy while ensuring they are getting the best possible deal with regard to expenses and rate-plans through APS. Our Renewable Energy Priority is also working to install solar panels for Maya’s Farm. Maya’s Farm is a small, organic and sustainable operation which produces high-quality specialty vegetables, herbs, flowers and eggs in Phoenix for local markets, restaurants, schools, and their own Community-Supported Agriculture program. They are dedicated to preserving and nurturing local, naturally grown farming by providing healthy food to locals and raising awareness on the importance of the small farm movement.

And yes, other than the lights, it is this physics that will power my tiny home.

Written by Allison Boley, PhD for the Arizona Sustainability Alliance 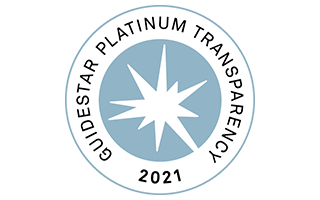