Does Phoenix Have What It Takes to Be a Sustainable City? 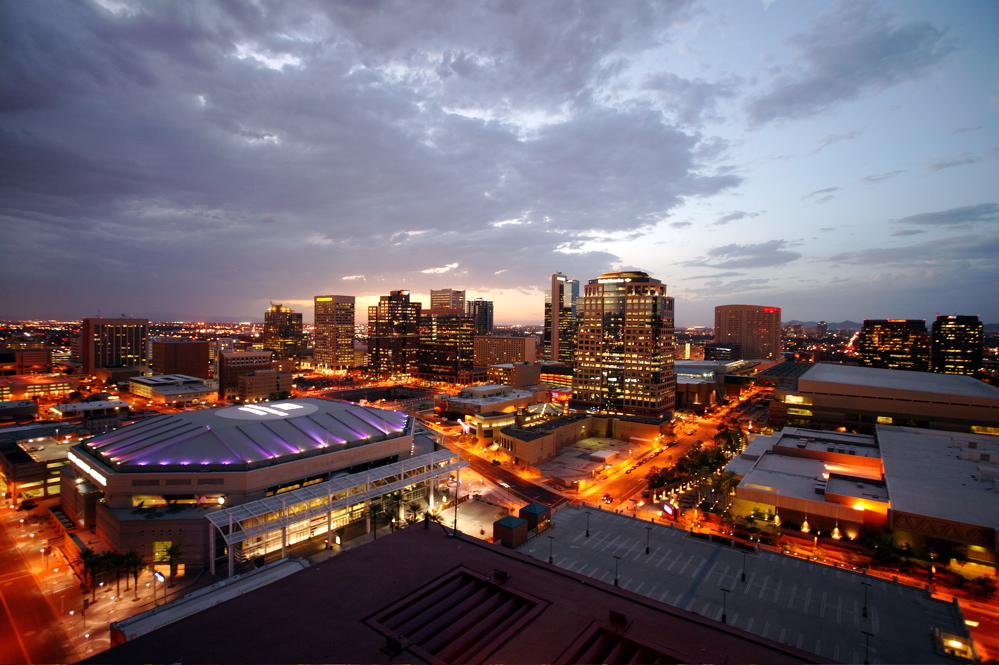 In his 2011 book Bird on Fire, the New York University sociologist Andrew Ross branded Phoenix the “least sustainable city in the world”.

Since then, his opinion has been corroborated by news publications such as Grist and The Guardian in stories exposing the certain unsustainability of maintaining the United States’ fifth-largest metropolitan area in the middle of a desert.

Contrary to this sentiment, Grady Gammage –– a land-use lawyer and senior scholar at Arizona State University –– believes there are lessons to be learned from Phoenix in the realm of sustainability. These lessons are outlined in his own book: The Future of the Suburban City: Lessons From Sustaining Phoenix.

Is Phoenix doomed? Or, is it a model for suburban sustainability?

In order to resolve these conflicting opinions, we first need to determine what exactly a “sustainable city” really is.

What makes a city “sustainable”?

The overall goal of sustainability is to meet the needs of the present without sacrificing the ability of future generations to meet their own needs as well.

This same concept applies to cities.

Although there isn’t a completely agreed-upon definition for what a sustainable city should look like, there are a few consistent markers that developmental experts include in their assessments. Those markers include the city’s considerations for social, economic, and environmental impact.

No two cities are identical due to geographical elements and available resources, so the efforts one city may need to make towards sustainability might not be necessary for another. 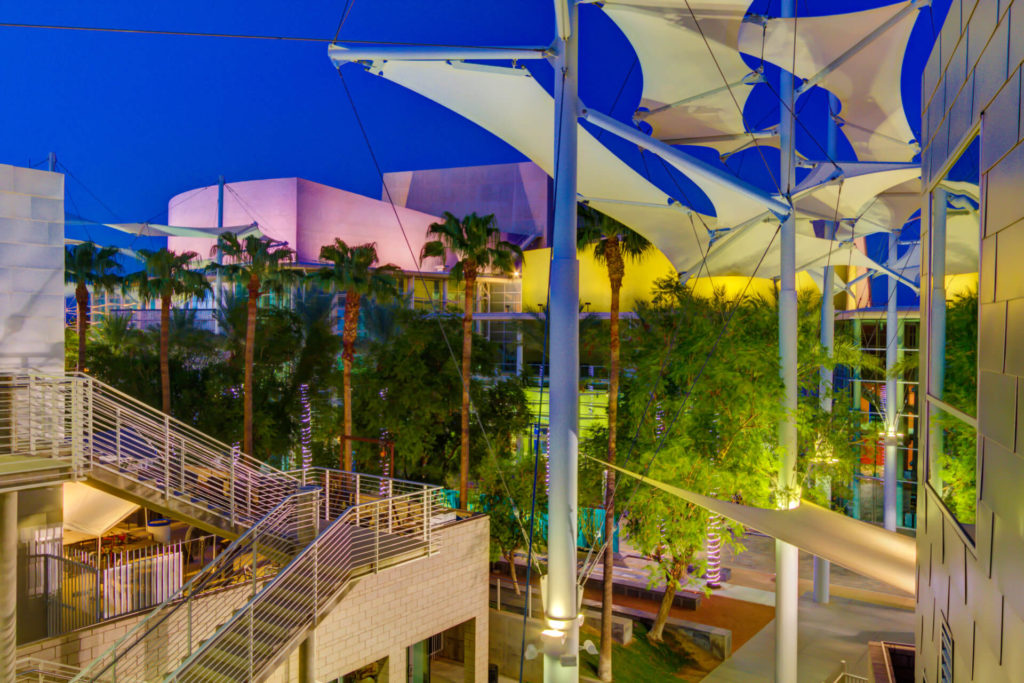 A minimally sustainable city should be able to feed itself with a sustainable reliance on the surrounding countryside, as well as be able to power itself with renewable sources of energy. The central purpose of this is to create the smallest ecological footprint possible, while also producing the lowest quantity of pollution.

The goals of sustainability don’t just encompass the environment, however.

A sustainable city should also strive to:

These considerations, as well as a few others, make up the Sustainable Development Goals (SDGs) that were agreed upon by all countries in September 2015.

In 2017, the Sustainable Development Solutions Network –– a global initiative for the United Nations –– assessed the 100 most populous cities of the United States against the SDGs.

Despite its reputation for unsustainability, Phoenix ranked 43rd in the U.S. Cities Sustainable Development Goals Index

Coming in at the middling position of 43rd, Phoenix is clearly doing better than some city pessimists might claim.

Among the 16 color-coded criteria used in the assessment, Phoenix earned:

* Details can be found within the full report.

Most notably, the four areas where Phoenix earned red scores were for the following criteria:

Although all four red scores are troubling, the one with the most potential to doom Phoenix in the long-term is its lack of serious climate action.

Is Phoenix ready for the changing environment?

Phoenix and Tucson were two of the fastest-warming cities in the nation over the last five decades, according to a Climate Central report based on government data.

The same report projected that Phoenix’s summer weather will be on average three to five degrees hotter by 2050.

Regardless of the rising temperatures, the Greater Phoenix area –– which currently has a population of nearly 4.5 million and covers 2,000 square miles –– continues to expand.

As Phoenix’s roads become increasingly busy and the demand for its depleting water supply continues to grow, it’s easy to see why the desert city’s long-term sustainability is a hot topic for conversation.

Phoenix gets only 7.5 inches of rain a year, and its water supply depends on flows from the Colorado, Salt, and Verde Rivers. Due to a 19-year drought, the Colorado has been reduced and both Lake Mead and the Salt and Verde Rivers’ reservoirs have suffered.

Currently, the reservoirs are about half full and are supplying an ever-increasing population.

Lake Mead and Lake Powell, another reservoir on the river, are essential sources of water for Southern California and Arizona and sit at less than 40 percent full.

This past March, the water level in Lake Mead had dropped to 1,088 feet above sea level –– 13 feet above the federal cutoff for a declaration of water shortage on the lower Colorado River. In response, seven Western states including Arizona agreed to cut water use to prevent the federal government from imposing mandatory restrictions on water usage.

For now, we’ve got what we need. However, as Phoenix continues to grow along with the demands on the water supply, sustainable water resources management is a must.

Thankfully, the city is planning for the future with sustainability in mind.

Phoenix’s local government is up to the challenge

Phoenix Chief Sustainability Officer Mark Hartman remains convinced that Phoenix has the capacity to be a model of environmental adaptation and still grow at a rate of 1 or 2 percent each year.

Hartman moved to Phoenix from Vancouver, B.C., where he was successfully leading the project of making Vancouver the greenest city by 2020.

His vision for the future of Phoenix is filled with goals such as increased walkability, increased renewable energy, a sizable reduction in waste, and the addition of more farmer’s markets and community gardens around the city –– and he’s on track to making it all happen, including a 30% reduction in community greenhouse gas emissions by 2025.

The Urban Heat Island effect is an especially important issue to tackle as Phoenix’s population and temperatures both continue to rise.

The City of Phoenix, with the help of the Arizona Sustainability Alliance (AZSA) and its Urban Forestry team, is working towards a canopy coverage of 25% by 2030 and is well on its way with a 2018 percentage of 10% or 13 trees per acre.

According to Gary Bonkowski, the AZSA Phoenix Liaison,

“It’s estimated that the city’s current tree cover assists in the removal of 1,770 tons of pollution a year which equates to $5.76 million/year in addition to saving $22.9 million dollars annually in energy to residential buildings.

If this result can be achieved with 10% tree coverage, imagine the carbon sequestration that can be achieved with an enormous multi stakeholder city campaign. The city of Phoenix is under resourced, under funded and largely the only regional municipality actively engaged in a planned and resourced urban forestry program.”

* A full list of Phoenix’s current accomplishments and 2050 environmental sustainability goals can be found here.

It’s clear that Phoenix’s concentration on new initiatives will help it become a more sustainable city, but what about its existing infrastructure?

Grady Gammage believes that the way Phoenix has grown as an urban sprawl offers unique opportunities for future innovations.

In his new book, Gammage argues that Phoenix is well-positioned because of its flat geography and wide, grid-like road systems. He suggests that the grid sets Phoenix up nicely for the era of (hopefully electric) autonomous vehicles and ride-sharing, which will greatly reduce emissions.

He also sees an opportunity to narrow down roads to make space for designated bike lanes.

In contrast to the opinion that Phoenix is the least sustainable city in the world, it sure seems like things aren’t so bad after all.

Phoenix has what it takes to be a sustainable city, but it’s going to take strategic community involvement to ensure we’re growing in the right direction

As involved members of our communities, we have the power to lead our city towards a sustainable future.

At first glance, it can seem like the fate of the city’s future rests solely in the hands of the local government, urban planners, and resource management offices.

While it’s true that policy plays an important role in sustainable development in Phoenix, it’s not the only key player.

Local organizations and non-profits, like the Arizona Sustainability Alliance (AZSA), can empower individuals to promote sustainability in their communities.

An empowered community leads to a sustainable city

Mirroring the ideal aspects of a sustainable city, AZSA’s priorities aim to bridge the gap between Arizona’s current and potential long-term viability. They are:

By focusing on a wide range of sustainability issues, AZSA is able to provide immediate solutions –– like planting trees and removing invasive plant species –– as well as create the foundation for a more sustainable future through education, renewable energy, and water resources management.

Several areas that Phoenix scored red and orange on the U.S. Sustainable Cities Index are addressed by AZSA’s priorities. We’re working hard to implement solutions with the help of the cities and communities Arizonans are a part of.

As a non-profit, the Arizona Sustainability Alliance is able to achieve so much thanks to volunteers, partners, and donors.

Ultimately, the goal of sustainability is to ensure that our environment, economy, and social developments can continue to support us and future generations. It’s something that requires the attention and efforts of people, for people –– and that’s exactly what AZSA is here to help facilitate.

“There is no exercise better for the heart than reaching down and lifting people up.”

> If you’d like to help support our mission, please consider donating through this link. Donations are used to fund projects such as tree planting.

> Stay up to date with AZSA’s latest projects, events, and blog posts by joining our free newsletter or connecting with us on Facebook, Twitter, or Instagram.

Written by Deanna Pratt for the Arizona Sustainability Alliance